Swaziland’s version of Uluru, Sibebe Rock, was cloaked in a fine Irish mist that not only left everything slightly damp but also had a cold that permeated everything. I was sitting in a small round house with a thatched roof that was part of a larger homestead. Dorcas – a member of staff from a local B&B – was patiently translating for me while the elderly woman beside her explained her aches and pains and swollen joints. Her son stood nervously beside her, dangerously thin and unsteady from the long effects of a local lethal brew. A small fire was in the middle of floor with a boiling pot and the smoke was stinging my eyes. The elderly woman had just received vital medicines from Mrs Frances Takis who is the owner of the local B&B. In her spare time she visits the poor of Sibebe Rock, bringing them necessary supplies and has recently become a lay minister for All Saints Cathedral in the nearby capital of Mbabane so that she can bring them Holy Communion. The scenery up around these steep slopes and mud tracks is truly beautiful, but its peace hides much hardship. It is a cruel and isolating place to be if you are sick or poor and many people up here are both. Without the help, care and support of Mrs Frances Takis and All Saints Anglican Cathedral all these people would be very alone and life would certainly be much harder.

Much of Swaziland is mountainous, with cold, crisp mornings in winter and chilly nights once the sun goes down. The capital of Mbabane is clearly a developing city with signs of new construction everywhere and a fancy new shopping mall. While it is easy to be fooled by these tiny pockets of outward displays of wealth, the story is not the same throughout the rest of Swaziland. Heading down the mountains to the plains of Mpandesane with Linda Chambers and Jan de Bruijn (of the United Society, Ireland), Thulie (from the HIV office) and Revd Sandra Pragnell (the Dean of Limerick) was an experience that was both joyful and harrowing all at once. HIV and AIDs are a huge problem throughout Swaziland, which has some of the highest infection rates in the world. This area is estimated to have almost 100% HIV infection. We made our way down a bumpy dirt track to a large homestead owned by the Simelane family. This family helps to run a feeding station for local children that is supported in partnership with the United Society, and for many of them it is the only meal they get that day. Many of the children who come are orphaned and have no adults in their life at all; the eldest child in the family having to look after the other members. There are no adults to take their hands to guide them, no hugs of comfort or parents to tuck them in safely at night. The emotional dryness of this area is matched by the rust red dust. Some trees and bushes have survived the drought here, but local water is available, but far from clean and may carry its own hazards. The poverty here can only be described as brutal; it is not just a financial poverty, but one that snatches away choice, future and even emotional and social development. It seemed like such an enormous mountain to climb, but as I took a little time away from the site to emotionally collect myself, the singing of the children rose in the dry air over the golden grass – the voices of hope that were there weren’t giving up and even the small things here can make a huge difference to many lives.

The Anglican schools of Swaziland are a great and hopeful story of success. Fr Abraham Gama’s school in Ingwempisan nestles in small undulating valley. It has around 250 pupils and each class is around thirty-five per class. The children are joyful and eager to learn. Some are orphans and some are very poor, but here they can enjoy the company of others, play as children and learn with hope for the future. Many of the classes sang for us, recited traditional poetry and proudly showed us their workbooks. The children are also fed at school through a government programme, but it is often ineffective and poorly managed. Usuthu Mission School faced many of the same challenges and difficulties, but the staff were joyful and welcoming to us, keen to show us what they were doing and the facilities they had for around six hundred students. Both of these schools have been supported in partnership with the United Society and money from here in Ireland has had a direct improvement in these schools and in the lives of the children and the staff. We were proudly shown a new and colourful library equipped with many beautiful books and seating and tables. In Usuthu, Rathfarnham Parish was painted large – both figuratively and literally! The name of the Dublin parish was written on the wall of the new kitchen that housed the new eco cookers, built by volunteers from Rathfarnham. Most food in the schools here is cooked in a fairly traditional manner, using lots of wood and producing a lot of smoke for the cook. The eco cooker produces next to no smoke and uses very little fuel, but will cook the food thoroughly in time for the hungry pupils. It’s a model that can be rolled out to other schools and schools from other areas can come and see how the new cookers work and how to build them.

Beside Usuthu Mission School, just a little up the hill is a major project of the United Society – the Luyengo Farm Project. Tiekie de Beer is effectively the farm manager, having charge of all the staff on the farm and all production. Tiekie is a large man and my first impression was that this was not a man to be messed with; but he had mischievous twinkle that I know myself. As he showed us around the farm he revealed himself to be a solid and reliable manager and a relentless problem solver – a hugely valuable asset to the whole project. The farm produces carrots, cabbages, butternut squash, pumpkin and herbs, and some of these can currently be bought in local supermarkets, along with salad bags. Outside the town of Manzini we were able to spot some of the farm’s produce on the shelves of Shop-Rite. Currently the farm is working on a piggery, with eleven squealing new-born piglets just added to the family. By happy accident, fish may also be on the menu, with many little wrigglers and fry having come down through the canal into the farms reservoir! Profit from the farm is fed back into the Diocese of Swaziland, so there are immediate benefits to this project that will in the longer term continue to help, support and benefit many individuals, communities, churches and other projects.

The kingdom of Swaziland is full of beautiful, dignified people where the cultural norm is one of great respect. A land of steep mountains and golden, flat plains, where there is some wealth but also a crippling poverty, dry dusty tracks and smooth motorways; Swaziland is a land of great contrast and beauty, joy and sorrow and just as our altitude changed every day, so too did the rolling emotions evoked by this place that inspires and surprises. Through it all, money raised in Ireland for the United Society is making a very real difference here and Linda and Jan’s determined hope and love of this land and its people is an example that will stay with me and teach me for a long time to come.

One final comment must mention the Red Eyed Ravers; a motorcycle club headed by Richard Jarvis of Xtreme Trading in Matsapha. On an overcast and decidedly cool afternoon, six immaculate bikes rumbled into the car park of All Saints Cathedral in Mbabane. As I was preparing to take my leave of this beautiful land it seemed right to end with something that I too would be doing very shortly in aid of the United Society and its work here – the Bikers On A Mission project. Bikers sometimes name their rides and my bike is known to me as Boanerges, which for those of you who have Greek, will instantly know the reference to the sons of thunder. Well, these sons of thunder came to shake the foundations with stubby exhausts and mods that would make many a biker green with envy as they rolled in for a cathedral stop. It was good to have their support and we have kept in contact after the trip was finished, but for now the preparations for a new trip begins – a trip to make a difference, a trip that will change lives far, far away from where it happens. 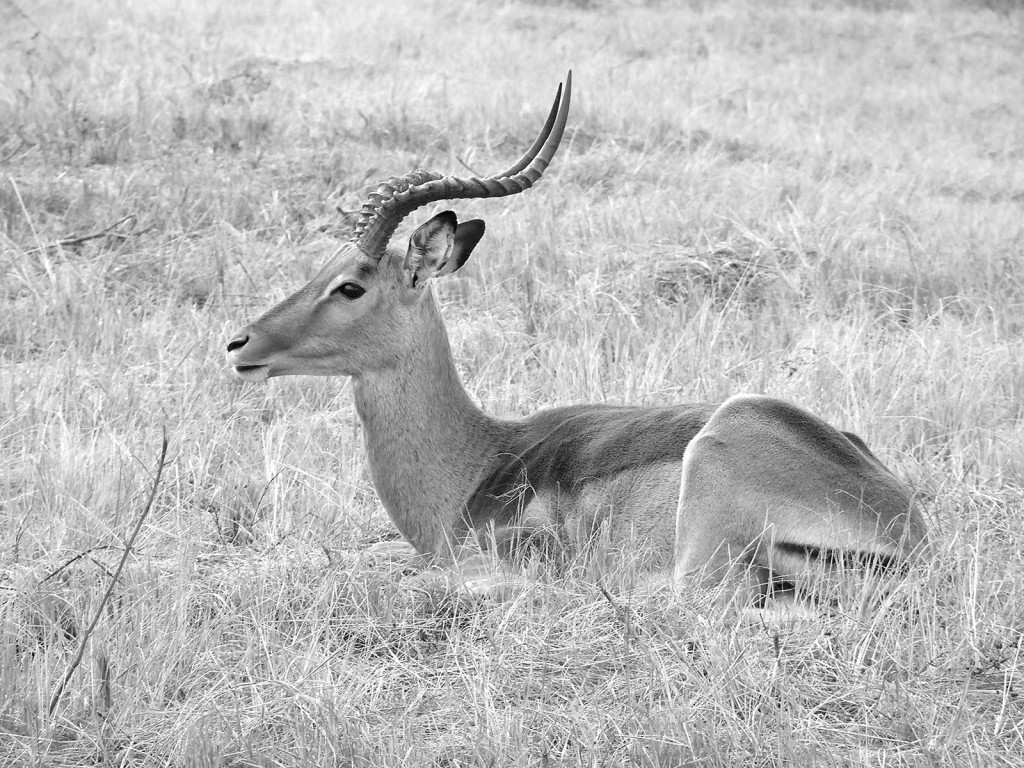