The music department publishes a full colour magazine on an occasional basis. Printed copies of the current issue are always available at the back of the church.

The current issue is for December 2020, and includes the following stories: 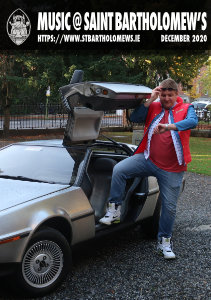 This archive features all issues published from 2000 onwards, and a selection of those from previous years. If you have any older issues in your possession that are not featured here then please get in touch!