Since the time of its consecration more than 130 years ago, Saint Bartholomew’s Church in Dublin has maintained a tradition of choral services, and remains one of the few churches in Ireland that continues to do so. The various choral groups sing at the 11:00am sung Eucharist and 6:00pm Evensong service each Sunday, as well as on major festivals throughout the church year. The choral groups consist of separate boys’ and girls’ treble lines, the adult altos, tenors and basses and mixed-voice chamber choir, the early music consort, the student-member choral scholars, and the professional choral clerks. The choirs’ repertoire is fully representative of the major styles of choral music from the sixteenth century up to the present day. 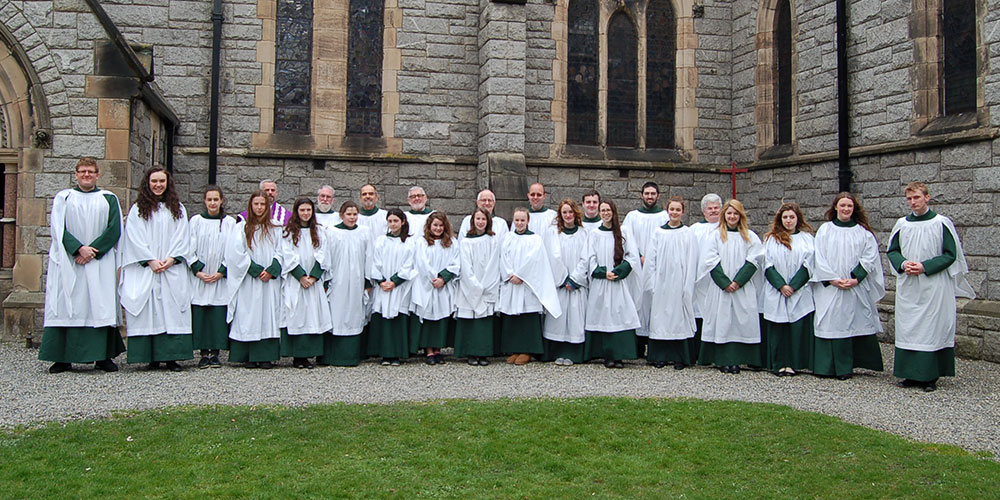 In recent years, the activities of the choir have expanded to include regular concert appearances. The boy choristers have sung many times in the National Concert Hall, Dublin, where their performances have included the War Requiem of Benjamin Britten and J.S.Bach’s Saint Matthew Passion.

The boys and gentlemen have made numerous trips to England to sing in the cathedral churches of Ripon, Hereford, Exeter, Lichfield, Worcester, Gloucester, Chester, Llandaff, and Westminister Abbey. The choir has also made two trips to France, in 1998 and 2004, performing in venues such as Chartres Cathedral and the Parisian church of La Madeleine.

The girls choir toured to Venice in 2010, Prague in 2013, and Vienna in 2017. They have also sung in Cashel Cathedral and in Saint Fin Barre’s Cathedral in Cork.

Commitments to the Choir

All practices are normally suspended during July and August.

Regular attendance is essential to maintain standards, and membership of the choir is undertaken on the understanding of this commitment. The reputation of the choir can only be maintained with the maximum support of each of its members. Consideration is given to family commitments such as holidays that might interfere with normal attendance. Members of the choir are awarded chorister scholarships, which increase over time and through renewed annual commitment. All choral training and musical materials are provided free of charge.

For more information on becoming a members of the choir, please contact the Director of Music at music@stbartholomews.ie.